Zen and the Art of Marriage Maintenance 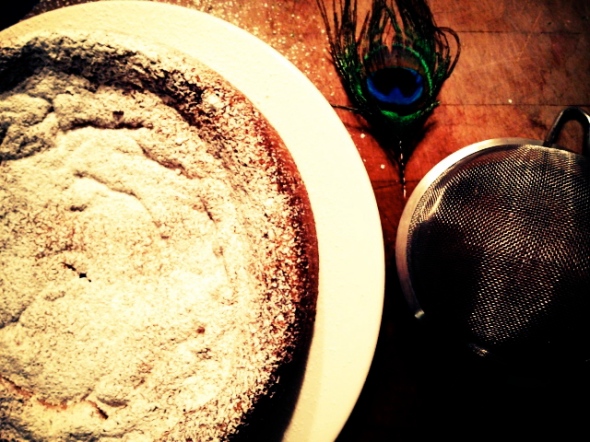 Maintenance, by definition, means there’s work to be done, kept up with.  You can’t just stop and rest, survey the scene, and stay satisfied – at least not for long anyway.  Something will run out – oil or steam; blood, sweat or tears.

I read that book, the riff on the title, the one about motorcycle maintenance, many moons ago.  Apparently the story may be interpreted on seven different levels, each deeper than the last.  I never got past the first, superficial level.  I was frustrated by the detail of mechanical maintenance. It’s only now, years later, I can relate to it as a metaphor for keeping the protagonist’s sanity; his prophylaxis against depression.

I was away last week, feeding (maintaining?) my professional side.  Hair and nails done, heels on, kicking my confidence ahead of myself like a toy ball – I got this!  Returning home felt schizophrenic, a rough re-entry where the gearhead was withdrawn, silent. Angry?  I assumed I must be the cause. I assumed the defensive position.  I’d abandoned the family, left them to cook for themselves in pursuit of prestige, not to mention a paycheck.  [wife edits: it was only three days for Christ’s sake!]  The gearhead was sullen and withdrawn.  Even with a peace offering, thinly disguised as shrimp for dinner (the gearhead’s favourite), conversation was nonexistent, save a muttered, thanks.  When I tried to elicit more, there was silence.  I felt abandoned.

And then, the next day, the gearhead returned from his man cave [gearhead edits

with rolling eyes:  it’s a barn, not a cave] with a smile of triumph.  He was holding a chunk of metal in his hand.  He asked me if I knew what it was.  Was this a test?  My key to entering his world of mechanical magic?  I looked closely at the well-honed cylinder [wife edits: few things in an engine are round] and noticed the charring along the top, the grooves scraped along the sides.  I took an educated guess, “It’s a piston.”  The gearhead was impressed. [wife edits: I’m right?].  He explained it was from the snowmobile’s engine.

Click.  My brain started to tick.  The engine that’s been in pieces since his last joy ride over a month ago. The engine he’s been working to assemble for over a month, continually interrupted by heavy snowfalls and driveway clearing to let his wife get the car out to go to work. Heavy snowfalls that taunt him. Mechanical failures that prevent him riding the property and filling the air with the skidoo whine and the smell of burning gasoline.

Lesson: I shouldn’t look too deeply, digging for reasons through multiple emotional layers when the first might just be it.  Happiness can come in the form of a [replaced] piston.

Or, in my case, an almond cake recipe that I have been hunting and trialing for years.  I’ve explained in a previous post about how meditative baking can be.

How satisfying.  The recipe I was looking for was one where the candied almond flavour would be pronounced, and the texture of the cake moist and chewy.  I wanted a simple cake I could whip up that would be great alongside fresh or poached fruit. A cake that is excellent with cherries in the summer and elegant with poached pears in the winter.   This is it.  It was originally published with FOOD DIARY; Amateur Night by Amanda Hesser, of Food 52 fame, August 12, 2001, in The New York Times.  The original, beautifully written article may be found here.

From Amanda’s article: “Elizabeth says: ”This is the Shar-Pei of cakes. It doesn’t look very pretty; it crumbles on the edges and invariably falls in the middle. No matter — it’s still delicious. Store in a covered tin in or out of the fridge. It improves with age and can be made 1 to 2 weeks ahead.” When ready to serve, sift powdered sugar on top and slice like pie”. 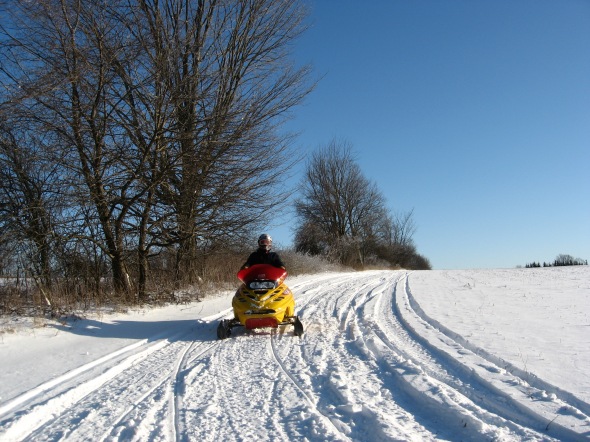 29 Jan This entry was published on January 29, 2014 at 7:22 am. It’s filed under Sweets and tagged almond, Cake, marzipan, skidoo, snowmobile. Bookmark the permalink. Follow any comments here with the RSS feed for this post.

Older: Some Food Tricks below the Red Cape
Newer: Honey, relax – have a waffle

7 thoughts on “Zen and the Art of Marriage Maintenance”