“How was your holiday?”

Standing in the staff kitchen, waiting for the kettle to boil, I’ve resisted expanding this brief exchange to include some of the holiday’s more memorable moments.

For example, I don’t relay the “conversation” about body weight the Gearhead and 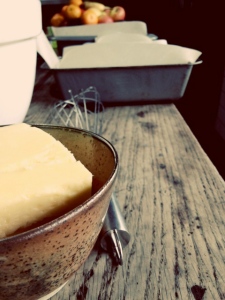 I shared. It began with: “I don’t want you to take this the wrong way…”

Somewhere in the middle someone said, “if you had a great big black hair sticking out of your neck, I would tell you…” [wife edits: ahhh love].

And it ended with this coup de grace: “So lentils and beans it is for the next while…”

I don’t volunteer the advance notice the Gearhead offered on Christmas Eve: “I’m sorry I didn’t get you anything, but I really think we don’t need anything, and you know, I don’t buy into this whole materialistic crap anyway.”

“I did get myself something though, ‘cause I knew you wouldn’t know what to get me. I wrapped it up, it’s over there”, he pointed at a largish package underneath the tree.

[Wife edits: so I guess I’ll drink that bottle of scotch myself then].

I don’t talk about the week just before Christmas, when I stood, wine glass poised in the air, and listened as the Gearhead pontificated about automobiles to a riveted huddle of men, various ages, at a party.

“How many cars do you own then?”

“Oh, well it depends on what you mean by car” (round of guffaws)

A gentleman leaned into me, eyes shiny with mischief, and said,

This was taken at the local library. I couldn’t help but capture it.

“do you know he’s bought another car then?” I glanced at the Gearhead. He looked downright sheepish.

I leaned back into the gentleman, smiled wide, raised my voice and replied, “well we’ve started a new tradition.” The Gearhead shifted his feet, suddenly unsteady, as I commanded the full attention of his male entourage, “every time he buys a piece of metal, I’m buying myself a piece of metal for the same price.” The Gearhead’s smile fell from his face, “I have my eyes on a pair of earrings that will fit that bill nicely.”

I’ve failed to mention to colleagues about making fruitcake. I’m the only one in the household who likes fruitcake [wife edits: like lentils]. I was dead set on making it this year. It took a series of minor miracles to source the ingredients from the variety of specialty stores, so close to the holidays. [wife edits: I have a sense of perfection that borders on obsession when it comes to procuring quality dried fruit, nuts and spices.] [Gearhead edits: do ya think? Nutty nut bar!] I settled in with some xmas music and began to measure and weigh out the long list of ingredients. I experienced a minor distraction when I had what the Gearhead calls “a pooner” after I discovered the bourbon I’d been saving had been quaffed the evening before. This was xmas eve. Brandy would have to do. There was no way I was going out into that madness for bourbon.

I was well into the zen of creaming butter and sugar, cracking eggs and whisking flours, when something buzzed my brain. The Gearhead was yelling something but I couldn’t hear it over the loud music. I surfaced from my cake-making-reverie and realized the kids had switched out my xmas CD. “My anaconda don’t…my

anaconda don’t….” replaced the beautifully placid Sarah Mclachlan rendition of Joni Mitchell’s “I wish I had a river”. That was jarring. But then I rounded the corner and saw the Gearhead. He stood just inside the front door. He looked … wet. Really, he looked like he was covered in afterbirth. I wondered, given the smell emanating from him, whether to warn him not to stand so close to the woodstove. Apparently he’d been calling for help for a good fifteen minutes before he gave up holding his thumb as a plug to the truck’s underbelly, unable to reach whatever had been loosened off, or to get a bucket in place to catch the spill. He ended up wearing it. All of it.  I ended up heading into town to buy kitty litter, four bags of it, and despite the trip past the liquor store, I didn’t dive in for bourbon, not on xmas eve.

I don’t think colleagues are really interested that I’m doing “dry January”. And maybe not just alcohol. How would I ever begin to relay some of these stories? It’s far more fun to cherry pick them from the very pleasant, very relaxing, lots-of-laughs-with-the-Gearhead (really, except after he reads this post), holiday, and write about them here with my tongue firmly planted in my cheek.   I’m feeling downright monkish. Oh wait, I mean, monkey-ish.

12 Jan This entry was published on January 12, 2015 at 10:32 pm. It’s filed under Food the Gearhead won't eat, Winter and tagged dry january, fruitcake, gearhead, lentil. Bookmark the permalink. Follow any comments here with the RSS feed for this post.