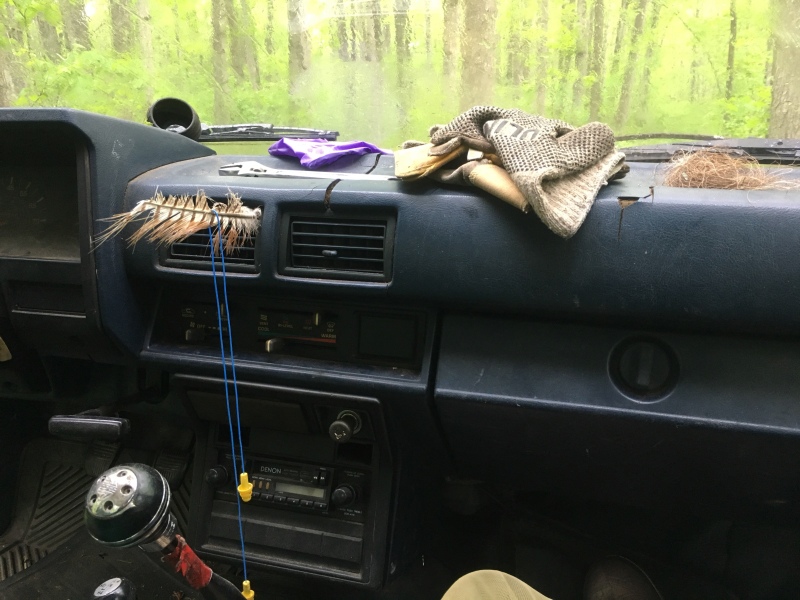 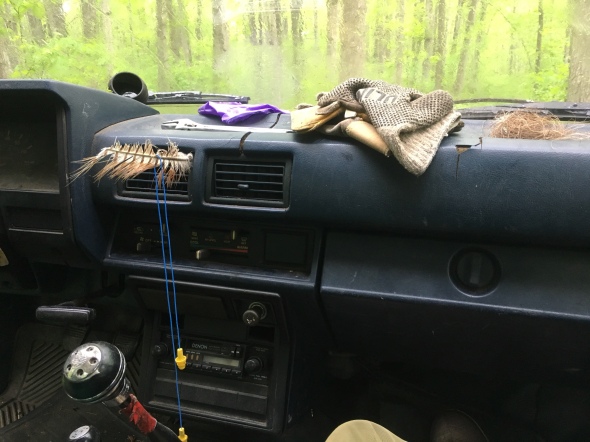 Teaching almost broke me.  Really. There was a point, right after my final lecture, where I could finally say to myself: you did it; you got through it.  But then I moved a certain way, a tiny corkscrew way in which my muscles, pretzeled with anxiety, tensed a hot knot of pain at the heel of my back.  It was as if the great spirit of the universe reached down with flattened palms and said, “And now, you will lie down.”

Recovery took two full weeks. A month onwards, I’m still nursing a ghost of pain.   But teaching is done and I’m back to only one full time job [wife edits: Paid job.  Mothering and wifing doesn’t count, at least in dollars and sense. Heh heh].

Child number one elevated screeching and yelling to high art while practicing for her driver’s test.  But, the clouds opened up and the angels sang, and she was bestowed full driving privileges with the legal paper to prove it.  The Gearhead and I gave her the car I had been driving, a Honda Fit, and waved her off into the sunset of teen autonomy and privilege with dry eyes.

Problem: I needed a car to drive.  The ridiculous situation: we [wife edits: by this, I mean

The Gearhead’s wife: bringing sexy back

the Gearhead], owns something like 18 “cars”.  Not one of them is suitable for my commute. Several lack finessed completion [wife edits: they lie in pieces, disassembled]; others are un-roadworthy [wife edits: open wheeled formula ford 1600 race car]; others are too delicate [Gearhead edits: you can’t drive this in the rain!  I don’t want to risk any door dents from that atrocious parking lot at your office. Road salt will destroy it!]

Long story short: we bought an electric Golf.   [Gearhead edits:  what’s with all the colons in this piece, it’s ridiculous.] [wife edits: if you got your head out of your colon you’d value the grammatical efficiency and the ease with which your brain is lulled into following my train of thought.  Neophyte!]

Problem number two: The Golf we purchased was in Montreal…beyond the charge range the car could make in one trip. So, I downloaded the apps mapping various charge stations around the province (note: mostly Tesla = won’t charge anything non-Tesla), linked our credit card to a couple of them and handed the gearhead a plan for him to stop in Prescott, take a relaxed coffee break for half an hour while the car recharged, and continue home.

Problem number three:  when I handed the Gearhead’s phone back to him, complete with apps installed, he leapt backwards from my outstretched hand as if I lobbed a rock of kryptonite.

Let’s pause here, for a moment, and bow our heads Gearhead fans  This is a man who
takes automobiles apart AND puts them back together again.  This is a man who built our house with hammer and nails and drills and levels and grout and drywall and insulation and vapour barriers and electrical wires and propane piping!  This is a man who, when the HDTV no longer worked, took the thing apart, BAKED THE MOTHERBOARD in my oven to get the solder to melt and reconnect, REASSEMBLED said HDTV, plugged it in and continued to watch racing on it like it was no big deal. Yet, when I showed him the app, explained that all you need to do to make it work is wave it slowly side to side in front of a little symbol, the Gearhead looked at me like I’d changed into a demon.  In the end, the Golf, and the Gearhead, made the trip from Montreal safe and sound…there were hiccups…but this post is already too long.

For an edible visual of the strain my back has been under, pop these haute-cuisine-bacon-wrapped-babies in a screaming hot oven and wait for the sizzle and telltale curl that they’re ready.  The recipe is a reliable standby, usually donning our holiday celebrations around the new year, but sometimes you gotta treat yourself in May.  The recipe comes from the LCBO Food and Drink Magazine, link here, and here, copy and pasted from the site:

29 May This entry was published on May 29, 2018 at 6:03 am. It’s filed under Little things to eat, Spring and tagged electric car, shrimp, writing. Bookmark the permalink. Follow any comments here with the RSS feed for this post.

Older: A (sort of) List, ‘cause it’s all I’ve got time for:
Newer: Earning Wife Stripes